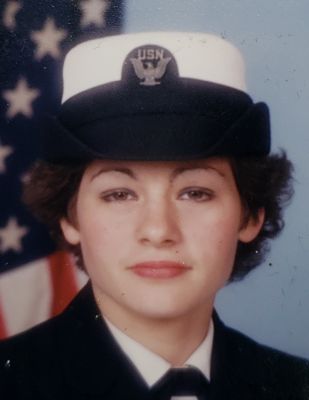 Michelle Caldwell is an outstanding community leader and a Veteran with a heart for serving others. She has a passion & vision for directing and making change. Her main focus is Veterans and she has developed countless programs to serve and enrich their lives. It would be impossible to list all of Michelle’s contributions from a national, regional and local perspective. However, here are a few of her recent and most relevant highlights.

Michelle is a Certified First Aid Mental Health Counselor. She was selected to go to Washington DC to represent all Veterans and speak on behalf of the needs of Veterans for Concerned Veterans of America. She worked with returning Veterans to help them establish their purpose, such as helping them start their own company (in partnership with the SBA) using teaming agreements with other contractors, attend school or just get connected to resources available to them. During this process Michelle met Col Bud Day and through his work on this project, she realized his efforts working on behalf of Veterans. She then established the Col Bud Day Award recognizing those working for and with our Veterans.

Michelle founded and developed the programming for the Center for Military Excellence (CSME). The CSME focused on Veteran Centered Care by using an Integrated Approach for the community to Work with local VA clinics. She also founded Stripes to Stars, a Veteran specific program dealing with Veterans re-entry into the prison system. She worked closely with the University to collect data and prove outcomes. While collaborating with the VA, Michelle also worked with a VJO (Veteran Justice Officer) to ensure Veterans had what they needed. She engaged the VA to establish a Triage nurse in mental health at the VA instead of having Veterans arrested.

Michelle helped create the Independence Fund and developed the Escarosa Independence Fund. The Independence Fund’s mission is to empower our severely wounded Veterans. By providing the right resources and tools, the Veterans are able to work through their physical, mental and emotional wounds regaining their independence. She also helped establish the Incubator for Aerofest – a festival celebrating the injured military service members, Veterans and their families who have made enormous sacrifices She received the National Award of Excellence for serving Veterans and is passionate about recognizing and honoring the 2 million women in the Veteran population.

Michelle has served on the Board of The Coalition on the Homeless for 5 years. She chaired and helped establish the first Veteran subcommittee for ECOH and established a 24 hour on call resource for veterans in 2011. This program still exists to date. She helped create Home for the Holidays. This was a pilot project established to house ten homeless families for thirty days over the Christmas holidays while providing intensive case management, specialized resources and referrals with other community service providers. 46 Homeless Families were served. She partnered with several incredible organizations such as the Independence Fund, the Waterfront Mission and 90 works, while collaborating with the VA.

Established by Congressman Miller, Michelle was selected to participate in a one of its kind certification program developed by the University of West Florida. This program ensures that staff must have specific knowledge & certifications to work with Veterans. She then hosted the 1st Veteran Summit in Northern Santa Rosa County in Milton, FL.

She received the National Award of Excellence for serving Veterans and is passionate about recognizing and honoring the 2 million women in the Veteran population. She has founded The Monument to Women Veterans. The monument will recognize, empower and honor the military women who have served their country and provide often unmet critical resources for female Veteran care, as was developed by the CSME. Michelle also was one of the first people chosen to be part of the governing board for NANOE, National Association of Nonprofits Organizations & Executives and received her CNC -Credentials as a Certified Nonprofit Consultant. Recently, has also become a member of the AFP Association of Fundraising Professionals and looks forward to working to achieve a Monument to Honor 25% of Military plus 2.3 Million Women Veterans.

In Michelle’s personal life, she has cared for a total of 10 foster children. She raised 2 for 6 years and considers them her children now. She now has 2 children she is currently fostering and 2 children she recently adopted. These days, you can find Michelle working on the creation of an Emergency Shelter for Women, The Miracle League of Santa Rosa County, Coaching U12 girls softball, Music Therapy for Veterans , The Freedom Center – a Paralympics pool program.

Michelle is currently serving as an Ambassador for the Gulf Breeze Chamber and is passionate about small business.

She serves on the Notations Committee for Community Life Church (CLC). She loves her role as member on the Governing board and Chair person of CLC Preschool and volunteering wherever needed at the Church.

Receive news on specials and events!